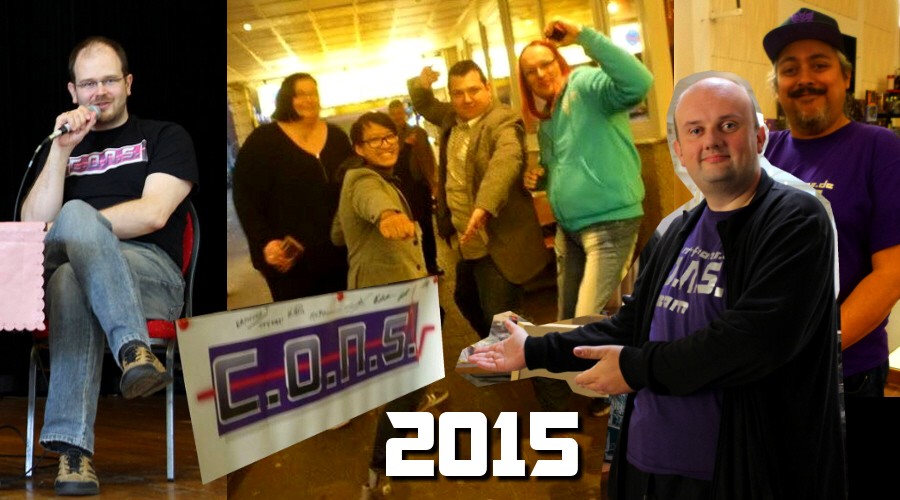 According to popular psychology the seventh year is something like the make-it or break-it point of a marriage or relationship. The year in which a couple have either adapted to each other so well they can go the distance, or separate because they can no longer stand each other. Whether or not this phenomenon can easily be adapted to the organizing of a Transformers Fan Convention has yet to be scientifically researched, I believe, but there are some indicators that the convention business might show certain similarities here.

The greatest danger to be faced in that damn seventh year is that things tend to become routine. The big romance is gone, because we have very much proven that it is indeed possible to put on a German Transformers Fan Convention. The passion lessens, as quite a few people who poured their heart and soul into this event have since moved on or been removed from the organizing team.

The big challenge is, of course, to deal with this routine and to make sure that one keeps doing a good job on things one has been doing a good job on quite a few times before. Organize special guests? No problem, Jean-Paul Bove from England and Frederic Pham Chuong from France got here in one piece and had lots of fun. Organize the various contests? Piece of cake, and even if that important piece of paper with the names of the winners is a bit overdue, the experienced host can easily overplay that with charm and humor. Transformers quiz? Easy as pie, even though some of the people present considered it to be too easy this year. Get vendors from all over Europe in one room and organize table space? We can do that in our sleep by now.

The trick is to keep doing a good job and not get dulled by the routine. Taking myself as an example, I once again came down with what appears to be a traditional cold one week before the event and had no voice. So what? Been there, done that! I recovered in time, mostly, as did my beloved wife, thank God. And so what if the flow of speech was occasionally interrupted by some coughing? I doubt anyone remembers that thanks to the very, very loud feedback noise from the speakers and the optional tinnitus. And occasionally Lady Luck is on our side as well, seeing as the wedding reception originally scheduled for the same location just one day prior to the CONS was cancelled last minute, so that we had the full Saturday for relaxed preparation instead of having to cram in everything on Sunday morning. Oh, and the ugly rumor that Alex aka Skywarp summoned some dark powers in order to sabotage said wedding are just that, nothing more, and there is no way you can prove otherwise!

Sadly we could not entirely evade the seven year itch, no matter how hard we tried. Sadly our attendance number has, for the first time, lessened somewhat. 489 people attended this year, about the same number as 2012. But that is no reason to despair, as it is still a sizeable number. Besides, it’s not like it’s our fault that Volkswagen did such damage to the “Made in Germany” brand that so many overseas attendees stayed away out of fear of toxic Diesel fumes. Send your complaint letters to Wolfsburg, please, and remember to book the hybrid early for next year.

Thankfully, though, not everything has become stale routine. There were new things to be learned this year once again. Like NTF reviewer Ian proving once and for all that, yes, all G1 figures lose accessories sooner or later, that is just inevitable. And sometimes it happens right in the middle of a live review of Fortress Maximus on stage, when the little gun of Cerebros goes flying off the table in a beautiful arc. And like TF-veteran Raymond-T proving that Globalization is a good thing after all by having a Dutch guy interview an English guy and a French guy with Asian roots on German soil with a half-Austrian thrown in for good measure.

Most of all, though, this seventh year has shown us that we are fully capable of going the distance. It showed us who can be relied on and who cannot. It proved that even seven years running one can still look forward to seeing familiar faces again, even if the names might sometimes still elude one. One realizes that one’s wallet is never, ever big enough to satisfy every last Transformers-related itch (especially that damn third party stuff, a curse upon their houses!). And most of all, it showed us that Lucy and Alex could pull it off once again. Which is routine, of course, and fully expected, but still a great feat that deserves a ton of thanks and credit.

So my personal conclusion for this event: we beat the seven year itch, people! Now full speed ahead to year number eight!