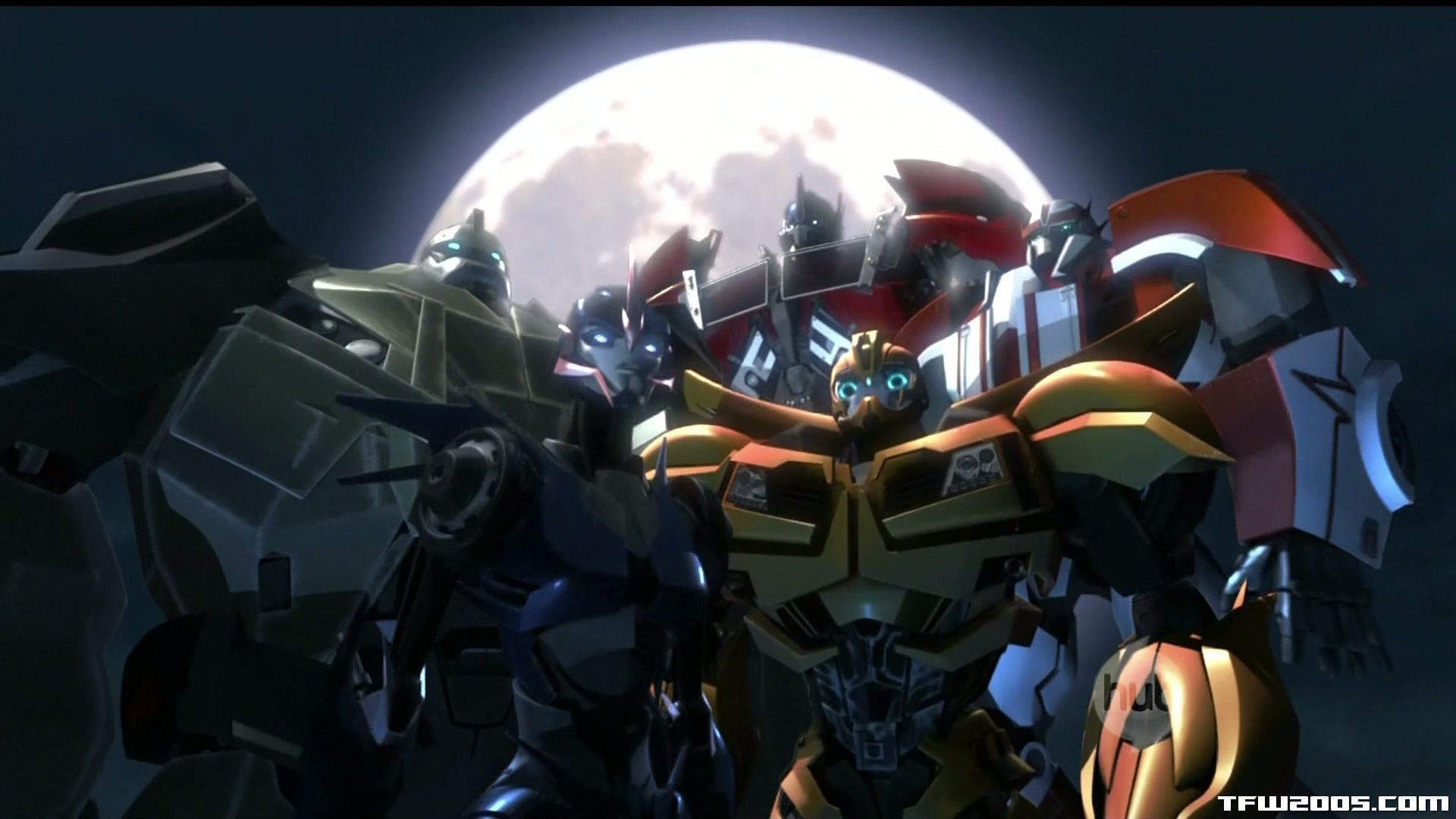 Transformers Prime, the main Transformers cartoon series that ran three seasons from 2011 through 2013, was a bit of a mixed blessing. On one hand it looked gorgeous, if a bit dark, and had possibly the best CGI animation I’ve ever seen in a Transformers series. The battles were cool, the directing was superb, and the character animation looked brilliant.

Sadly the same could not be said for the plot. Transformers Prime was mostly a cover band, rehashing old songs. Sure, many of those songs were great and still are, but you can’t quite shake that feeling that you’ve heard all that before.

The few times Transformers Prime appeared to break new ground or actually try to steer established characters in a new direction, they immediately back-pedaled and either killed things off or took it right back to status quo. Add in the fact that more than two thirds of the episodes basically featured scavenger hunts of some kind with Autobots and Decepticons searching for the latest McGuffin (Iacon artefacts, magical Cybertronian super weapons, Predacon bones, etc.) and you had a series that stayed far below where it could have been in terms of stories.

Here are a few examples of where I felt Prime might go in a really exciting direction, only to back-pedal immediately, and how I might have plotted it:

Using the Matrix to destroy Unicron in the season 1 finale causes Optimus Prime to lose most of his memory and he reverts to Orion Pax, who still believes that Megatron is his friend and fellow revolutionary. Megatron makes use of this by… making Optimus decode some files for him. And when Optimus regains his memories two episodes later, he loses all recollection of his time among the Decepticons.

This was a truly massive opportunity for character development. We could have seen how young Optimus / Orion Pax saw the world. We could have had tons of interaction between Orion and Megatron with the latter trying to influence the former, but also being reminded of his own beginnings, before whatever noble ideas he once had were lost amidst the corruption of war and power. Of course Optimus would regain his memories sooner or later, but I would have drawn that out at least half a season and featured at least one battle where Decepticon Orion Pax faces off against the Autobots, wondering why they hesitate to shoot him. And I would have left him with those memories and some lingering hope that Megatron, with whom he grew closer again during that time, might yet see the light. After debuting as a big bruiser with a rivalry with Bulkhead, Breakdown was captured by humans and experimented on… and it was the Autobots who saved him. Breakdown was angry that his fellow Decepticons abandoned him. It was hinted at that he might even switch sides… and then Airachnid kills him off-screen in the episode Crossfire. His remains are found by MECH, who use him as a new body for their injured leader Silas. Which leads to Sylas killing them all, joining the Cons, and being killed himself.

Let’s start by not killing Breakdown. Instead Airachnid could have left him behind, greatly injured, and MECH captures him again. When Megatron again refuses to invest effort into rescuing him, this leads to Knockout storming off in a huff and going to the Autobots, whom he knows helped Breakdown before. Together they find MECH headquarters and liberate Breakdown. Faced with the choice of what to do now, Knockout wants to break out on his own, but Breakdown, feeling indebted, instead asks to join the Autobots. This leads to some interesting character scenes between former enemies Bulkhead and Breakdown, as well as more conflict down the road when Breakdown faces his former allies in battle. After the events of the season 2 finale Optimus Prime lies beneath the ruins of the Autobots’ base, near death. He is found by Smokescreen, who tries to repair him. Optimus sees a vision of Alpha Trion, who tells him to let go and pass the Matrix to Smokescreen. Smoke will have none of it, though, and uses the Forge of Solus Prime to repair Optimus, upgrading him into a new, more powerful form in the process.

Optimus Prime dies and returns in pretty much every series and comic, that’s nothing new. The one time he stayed dead and was replaced by Rodimus Prime is widely regarded as a low point in Transformers history (though I personally like Rodimus a lot better than Optimus). So how about a bit of a swerve here? The episode progresses exactly as we’ve seen it with bigger, badder Optimus returning from the dead and kicking Decepticon skidplate. Optimus reveals to the others that Smokescreen sacrificed his own life to save him.

But later on, in the privacy of his quarters, Optimus slides down his mouthplate… and he is Smokescreen. Smoke isn’t exactly sure what happened, but somehow him using the Forge of Solus Prime replaced Optimus’ dying spark with his own. He has all of Optimus’ memories and his body, but his mind and spark are those of Smokescreen. How will he handle being Optimus now? How will the other Autobots react once they find out? Ratchet was consistently portrayed in Prime as a cranky old bot with little time for Earth and a deep desire to return to Cybertron one day. When the Decepticons need his aid to complete the Omega Lock, which can revitalize Cybertron, they capture him and try to convince him to switch sides. After initially refusing, Ratchet finally agrees to working with Shockwave for the good of Cybertron. Of course the cliffhanger of the episode was somewhat ruined, seeing as the preview for the next episode already showed Ratchet fleeing from the Cons and being rescued by the other Autobots.

Ratchet switches sides and sticks to it. He wants to heal Cybertron, no matter what. He holds a deep anger with Optimus Prime for destroying the Omega Lock the first time around (season 2 finale). While he would never call himself a Decepticon, he does think they have their priorities in order. In the finale, with Megatron about to kill Optimus, Ratchet will only help his former leader after an ironclad promise that, no matter what, they will use the Decepticons’ tech to restore Cybertron. This leads to lasting tension between Ratchet and the other Autobots and no such nonsense as Ratchet remaining behind on Earth of his own free will.

These are just some of the ideas I had for Prime, which could have been one of the greatest Transformers series ever. Instead, though, it was just mediocre.